Cohabitat - The Industrial Revolution in the opposite direction

The nineteenth century brought a revolution. The era of steam power, the mechanization of agriculture and industry and the genesis of what we call mass and consumption society. So here we are, in the vast majority, descendants of those countryside people from the villages and small communities which in the search of better living conditions or to run from famines decided to live in the city -"civilization"- abandoning their rural lifestyle and agriculture. Twenty-first century promises to bring us the opposite, the return to our origins with hope in the awareness of the need to protect our planet and its resources. 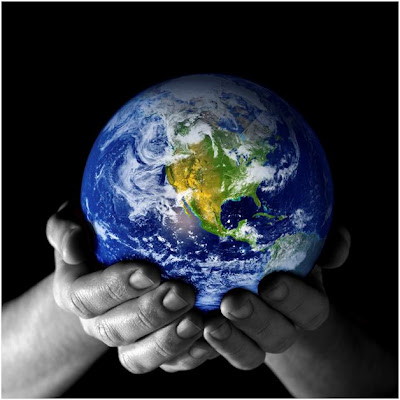 The rest of the history we all know. Child labour, semi-slavery with 12-hour shifts with right to Sunday as a day of rest, work to eat, frequent work accidents at and above all - the rapid development of urban and suburban areas where the quality of life was practically zero. The school system gave a basic education to people but also contributed to the creation of new workers indoctrinated in the system created by capital and the dominant religion. But the topic is not intended as a monograph about the Industrial Revolution. What is gradually happening is an Industrial Revolution to the contrary, the exodus from city to countryside.
In the last decade of the twentieth century with the expansion of the Internet and access to information has created a new revolution frequently called as the global village. We are now connected as never before  and those days we had pen friends or CB radio amateurs were expectant how far their radio waves would reach, collectors changed stamps and phone calls abroad were paid their weight in gold are just a vision of the past - even fresh for many of us who lived this transition.

"Return to the Countryside" – Freixo do Meio. Excerpt from the documentary issued by RTP.

There is an increasing need for being green and being closer to nature, our natural habitat where we should have always been. The immense forests of cement and asphalt that became our cities are the result of our retrieve from the rural environment which - by itself also suffers from the influence of processes of mechanization and the tentacles of the petrol-chemical industry where corporations like Monsanto exert a pernicious influence such as the creation of transgenic (English acronym GMO - Genetically Modified Organism).
It is a war that many still do not know or even care. Maybe except for mockery or mere curiosity when Greenpeace and other environmental organizations hang banners or organize protest marches which are promptly dismantled by the "authority" at the behest of more or less dark interests ...

The response is only one. Nipping in the bud! Browse or purchase environmentally friendly products directly from the producer, make a small garden in the backyard or even on the balcony in what is called as balcony gardens. Others decided to live in the village, further away from the city, rather than throwing themselves for a long lasting mortgage for an apartment in a suburban or urban area surrounded by other similar buildings, asphalt and cars parked everywhere.

In this revolution permaculture assumes a crucial role. Wikipedia tell us that Permaculture is: "(...) a holistic approach to plan, upgrade and maintain systems of human scale (gardens, towns, villages and communities) environmentally sustainable, socially equitable and financially viable."


And that's what's happening all over the world where Poland is no exception. In this respect I must stress that Poland  banned GM maize of North American origin, manufactured by Monsanto corporation. A good principle in a country with a huge rural area. In the spirit of permaculture movement arises Grupa Cohabitat willing  to create a new kind of community where sustainable development and a new lifestyle in communion with nature are the touchstone. The study and observation of housing in rural society and the history of our own countries leads us to the conclusion that there is quality of life without the use of buildings made entirely of concrete, bricks and cement. Natural materials like wood, straw and clay allow the construction of housing for low cost with thermal comfort where the walls "breath" unlike any of the walls of a city apartment. The idea is to create self-sustaining ecological communities where one can find quality of life. In Cohabitat Group website we read the following quote which expresses well the idea of eco-communities:

"The mix of architecture, biological technology, solar, wind and electronics to housing, food production and use of waste within a cultural and ecological context will be the basis for creating and designing a new science for the post-oil era. " - John Todd

How about a garden or a vegetable plantation on the roof of your house or flat? Harvest tomatoes, beans, lettuce, garlic, onion or cabbage or instead to have a beautiful lawn and flowers on top of a suburban building? Sounds completely absurd and a scandal for conservative minds or supporters of architectural asceticism of our "concrete jungles" but yet there are countries that have moved from theory to practice. The IGRA (International Green Roof Association) was far from imagining the success would have the idea of green roofs. The truth is that in Germany the reception was enthusiastic and is now is to be found across the globe in urban areas buildings with green roofs and flowering in contrast with the grey surroundings.

Although seen by many as a utopian idea or invention of neo-hippies who by the sunsets smoke weed around a campfire, the reality is that eco-communities and the concept of permaculture went from theory to practice. We are in the twilight of what is expected to be more than a revolution. Go green is in fact an evolution. A new way of being and progress in human history.
Publicada por Ricardo em 19:07